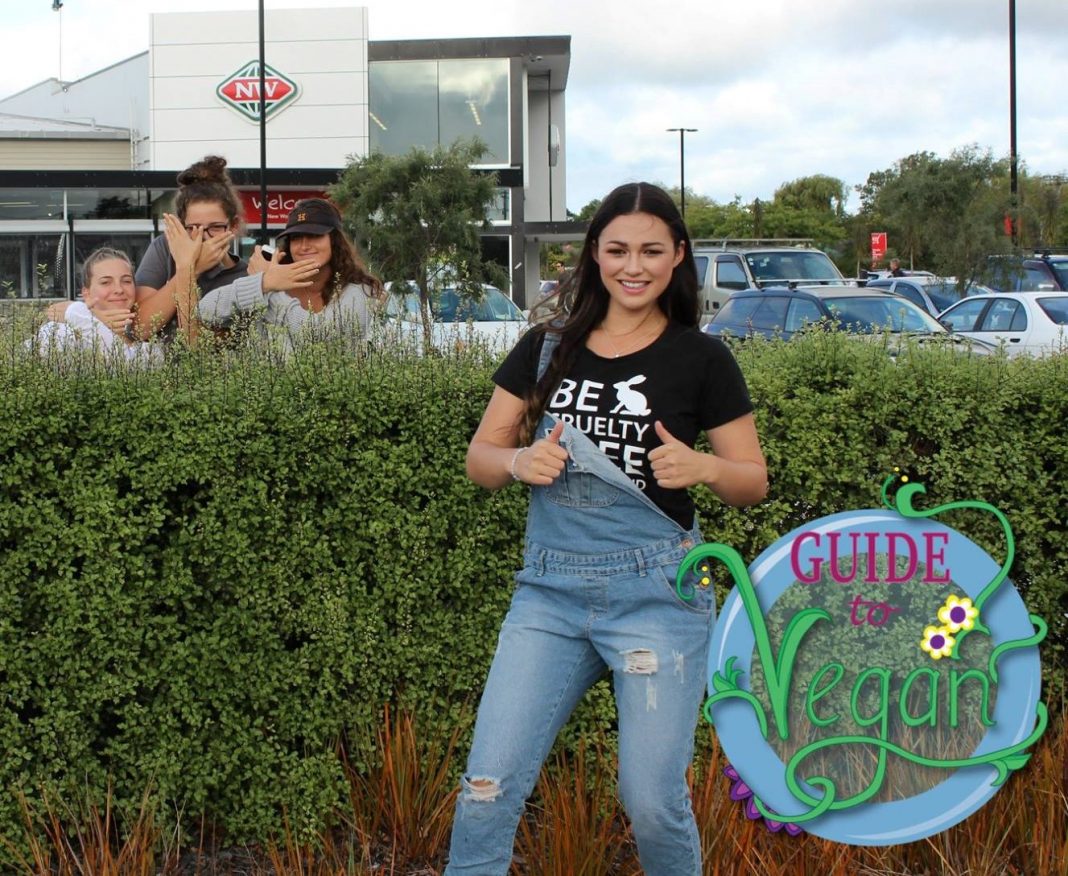 If you’re a vegan living in New Zealand, or planning to visit the country, a fantastic new online directory has been launched with you in mind.  ‘A Guide to Vegan’ is the go-to resource to find out what food, beauty products, restaurants, and other services are vegan-friendly in Aotearoa, New Zealand.

‘A Guide to Vegan’ is the brainchild and labour of love of New Zealand Anti-Vivisection Society Executive Director, Tara Jackson and has been set up to help people wanting to live cruelty-free. ‘I want to show Kiwis how easy it is to remove animal products from their diet and lifestyle, which is why I’ve spent countless hours getting this new resource ready for the world. Being ethical and caring about animals and the planet shouldn’t make life harder and it doesn’t need to,’ she explains.

A small country with a rapidly growing vegan population

According to data obtained in 2021, nearly 6% of New Zealanders are vegetarian or vegan. In the US, the number of people eating plant-based diets has increased by nearly ten million over the past 15 years. New Zealand is seeing a similar trend and was ranked fifth in the world for veganism in 2019 – an impressive feat for a small country that invests heavily in animal agriculture.

‘I can clearly see how interested Kiwis are in eating more vegan food; sometimes my posts on social media will reach over 100K people organically, which is the sort of thing that people in marketing can only dream of,’ said Jackson.

From food and makeup to restaurants and bakeries, navigating the country with ‘A Guide to Vegan’ at your fingertips means you can’t go wrong.  Celebrated as ‘the ultimate go-to bible for those who are navigating their way around this non-vegan world’, it has already received glowing reviews from NZ-based vegan societies:

“It’s such an encouraging and inspirational resource that demonstrates to old and new vegans alike, what a massive range of everyday vegan products, along with many surprise items, exist in Aotearoa,” says Amanda Sorrenson, National Co-ordinator of the New Zealand Vegan Society.

“It’s an invaluable resource, not just for new vegans and those wanting more plant-based options, but also for older vegans looking for new options,” says Yolanda Soryl, President of the Christchurch Vegan Society.

It’s never been easier to choose with confidence!  Check out ‘A Guide to Vegan’ at https://www.aguidetovegan.com/