Home Animal Rights Horseless E-carriages Are the Alternative to the Suffering of Horses in the... 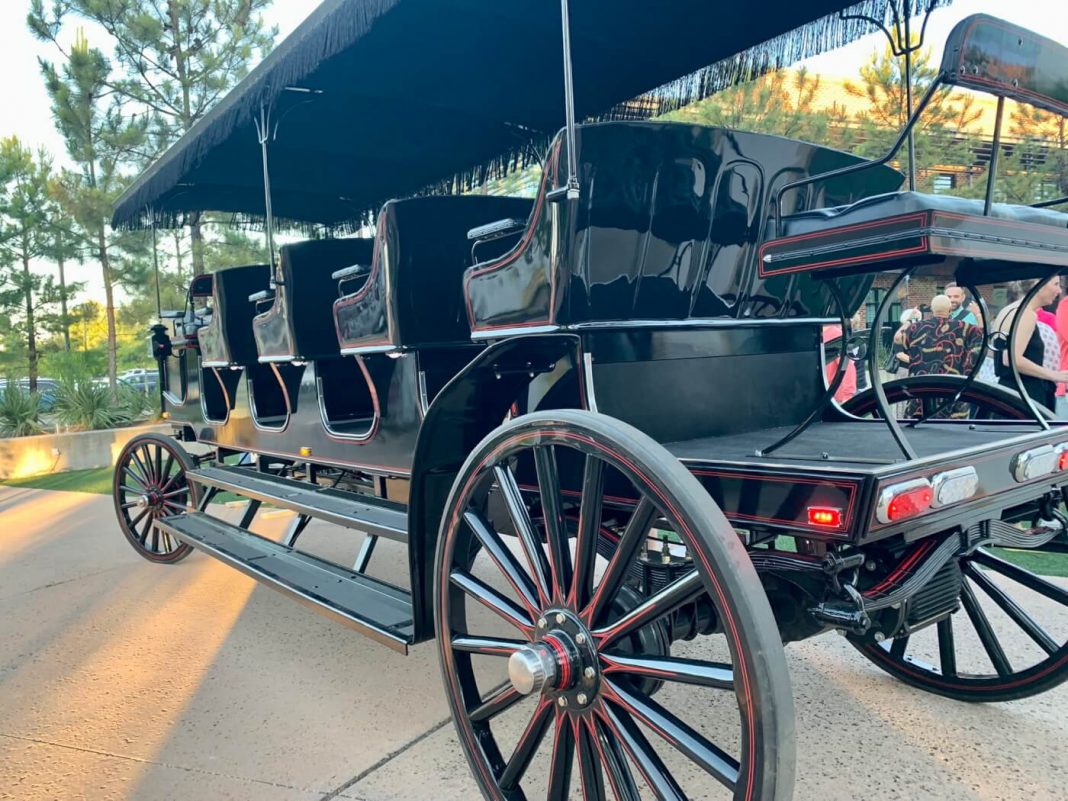 A business owner in Charleston, South Carolina, has unveiled the prototype for an all-electric horseless carriage to replace the use of horses for this type of touristic form of transport in the city. The “e-carriage” is an animal- and eco-friendly version of a classic sightseeing ride. The vehicle is powered by 16 batteries and can carry 18 people, including a driver in the front. Kyle Kelly, a local entrepreneur who has produced them, hopes they will serve as an alternative to the traditional horse-drawn carriage rides conducted downtown. The animal rights organisation PETA is asking the mayor of the city to ban the use of horses to transport tourists, now that this alternative version of the carriages has been invented.

Horse-drawn carriage rides are bad for horses. Drivers often overwork horses and make them toil through extreme weather. Horses also suffer from long-term health problems, such as respiratory problems from breathing in exhaust fumes and debilitating leg problems from walking on hard surfaces. In Charleston, there have been several incidents with horse-drawn carriages.  In June 2021, a truck struck a horse-drawn carriage. In July 2020, a horse pulling a carriage sustained serious injuries after he took off running, and he was subsequently euthanized. In 2019, two horses pulling a carriage took off and damaged several cars. Many cities that used to have this type of tourist attraction, including Chicago, Salt Lake City, and Melbourne, have now banned horse-drawn carriages. Others, like Prague, are starting to phase them out. The inventions of alternative horse-less versions are a perfect way to eliminate this form of animal exploitation without having any negative impact on the tourism industry. If you want to write to John Tecklenburg, Charleston City’s mayor, to urge him to ban horse-drawn carriages, you can do it via PETA’s website.