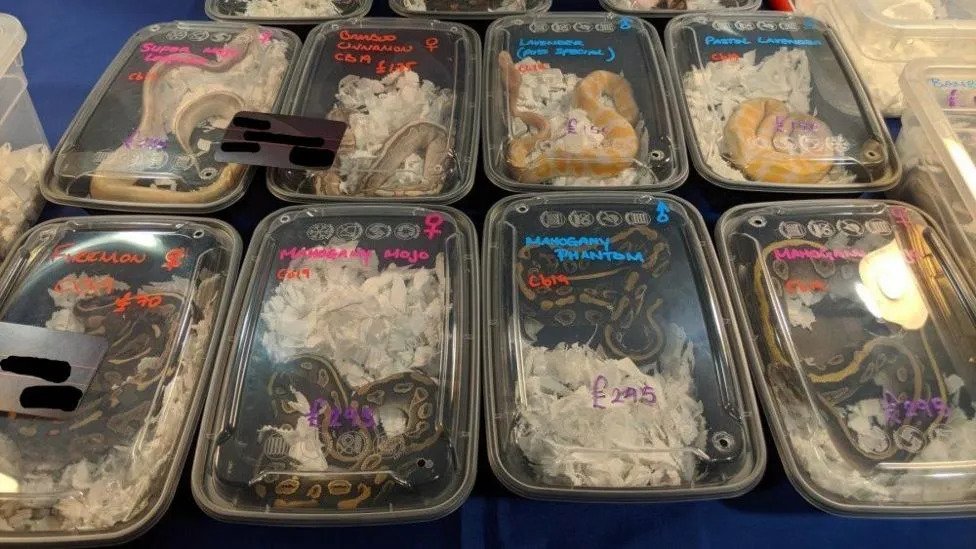 A reptile market planned for this summer in Kempton Park, Surrey, England, has been cancelled after concerns about its unlawfulness had been raised by animal protection organisations. The event, organised by the Federation of British Herpetologists (FBH), has been dropped by The Jockey Club, which owns the venue after Spelthorne Borough Council spoke to them regarding the concerns.

A council spokesperson said to SurreyLive, “In line with our duties for animal welfare, we wanted to ensure that animal welfare would be appropriately considered during the event and that the event would be carried out in compliance with legislation. Following a discussion with Kempton Park (The Jockey Club), they decided not to host the event on their site.”

The Animal Protection Agency (APA), an animal rights group specialised in campaigning against the exotic animal trade, claimed that the event would be unlawful because, as it happened in the past, illegal commercial trade of reptiles in a public market would have taken place disguised as “reptile breeders meeting.” Trading in pet animals at market stalls was outlawed in the UK almost 40 years ago because animal welfare cannot be ensured in temporary and makeshift environments. The groups claim that “conditions at reptile markets are invariably poor, with animals typically confined to small, plastic, takeaway tubs, seriously compromising the animals’ welfare…scientists have described the treatment of reptiles at markets as tantamount to animal abuse.” This is not the only success of this group and others in stopping this cruel trade. Recently, APA convinced Doncaster Council, in Yorkshire, England, to end the annual event organised by the International Herpetological Society. The final one will take place at Doncaster Racecourse on 19th June 2022. These sorts of events used to be very common but have been stopped one by one.