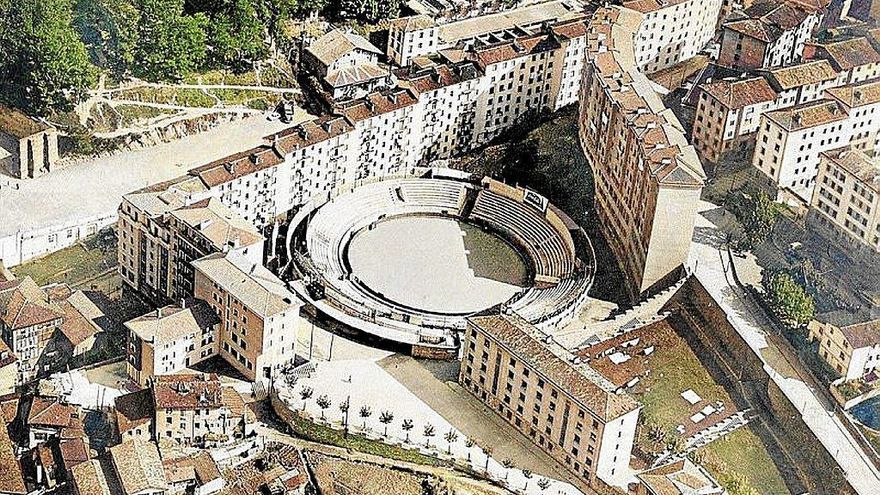 The bullring of the city of Eibar, Basque Country, which was opened in 1903 as part of the patron saint festivities of San Juan, will be demolished to create a large park, as well as an area for recreation and sports. The bullring was rebuilt after the Spanish civil war and reopened in 1961 with a capacity of 3,300 seats.

The local council, the Consistory of Eibartarra, which said this will happen soon, said that the project consists of “placing a new park and a leisure and sports area in the space currently occupied by the bullring, which is underused, given that it is a flat and very extensive surface.”  Instead of the bullring, the 5,000 square meters will be open to the citizens. In addition, the Consistory intends to “connect this area with Sostoa Street through a new elevator that complements the existing escalators and that serves to guarantee the universal accessibility of the entire environment.”

Jon Iraola, mayor of Eibar, said the project is part of the objective of “improving the quality of the urban environments of the city,  since one of the priorities is to provide the city with new spaces and recreational areas, which is one of the main needs that citizens have been expressing to us… we are facing a transformative project of urban space that complements others that we have also launched, such as the coverage of the train track from Estaziño to Azitain or the new recreation area that will be created in Julián Etxeberria“. It is great to see politicians turning their back to bullfighting in the Basque Country. Perhaps other local authorities there may take inspiration, and not only do the same but also start moving towards a more compassionate future where, for instance, vegan students are not discriminated against in Basque schools (as seems to be the case in one school in the town of Oiartzun).