On 29th June 2022, the Vegan Association of Türkiye (Vegan Derneği Türkiye, or TVD) filed a lawsuit against the Turkish Ministry of Agriculture and Forestry for banning the production and sale of vegan cheese. Article 9/3 of the Turkish Food Codex Regulation and article 5 of the Turkish Food Codex Cheese Communiqué have prohibited the production and sale of vegan cheese, which TVD considers a violation and loss of rights by consumers and manufacturers across the country. Article 9/3 states that “Products giving the impression of [dairy] cheese cannot be produced using vegetable/plant-based oil or other food ingredients,” which means that even plant-based cheeses that do not contain the word “cheese” in the labelling are banned. It is believed this is the first time a country has enacted such a draconian anti-vegan regulation.

The association took legal action as the final step because, despite TVD’s previous calls and meetings, they claim the relevant ministry has not taken any positive steps towards revoking these articles. TVD also joined a vegan cheese manufacturer in taking separate legal action against the Council of States as a result of the ban.

TVD emphasized in the lawsuit petition that the articles they ask to be revoked violate The Constitution of the Republic of Türkiye and international agreements. They also stated that the recent amendment to the regulations disproportionately violates the rights of manufacturers and consumers. TVD noted that “The provisions demanded to be revoked not only harm the freedom of ownership of the companies manufacturing these products, but also prevent the competitiveness of companies representing their country in the exponentially growing vegan / plant-based products sector in the world market. Therefore, the current ban on vegan cheese hinders important commercial activities, such as the growth of production, employment and export opportunities in Turkey, as well as the competitiveness of companies in the international arena and the development of new technologies.”

TVD also said, “Attempting to stop the production of plant-based products with a regulation article and withdrawing the products in the market violates the right of access to food of all consumers who have adopted a vegan lifestyle. Although the aforementioned bans are reflected as measures taken to protect consumer rights and prevent adulteration/deception, they directly prevent consumers from accessing these products without providing constructive suggestions and solutions at the point of solving the problem. This means an arbitrary and disproportionate limitation of fundamental rights and freedoms by the administration and interference in the lifestyle of individuals.” The association has created a petition in English to show public support against this unprecedented ban, which has been circulating on social media with the hashtag #LiftBanOnVeganCheese.

On a separate issue, on 16th May 2022, TVD took legal action against the government’s appointed education regulator (Yükseköğretim Kurulu – YÖK) for ignoring vegan students’ rights to vegan options in their universities. 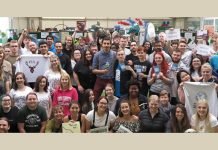 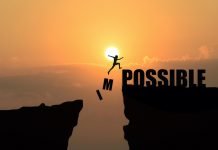 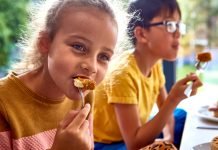