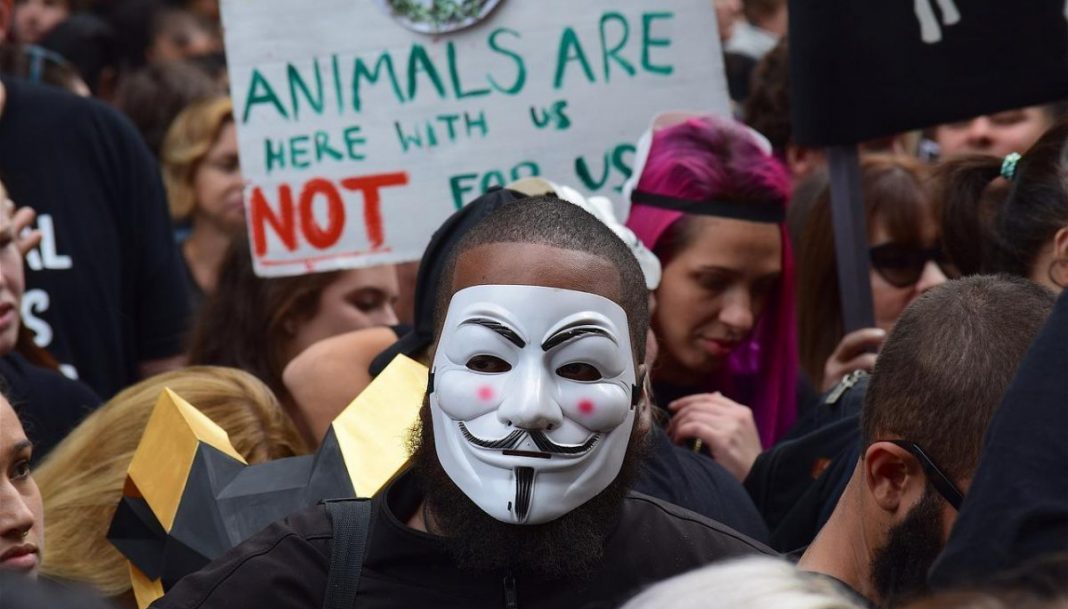 You might have noticed a word regularly cropping up in both animal and climate justice debates, termed intersectionality. One of the first people to be credited with intersectional theory was American civil rights advocate, and leading Critical Race Theorist, Kimberlé Crenshaw. Back in the 1980s, Crenshaw stated that individual solutions to multifaceted problems seemed an insufficient method of identifying discrimination in the legal sphere. In a landmark case, DeGraffenreid v. General Motors in 1975, Crenshaw identified that the singular forms of assessment for racial and gender discrimination for African-American women in the trial proved insufficient in realizing the deep-seated discrimination on both fronts that they faced. When presented with inefficient means of legally recognizing discrimination, Crenshaw argued that it is often difficult to understand the scope or intersectionality of problems faced by people in overlapping social justice issues.

More recently, intersectionality has been used to combine and contrast the struggles faced by different social groups, racial minorities, religious minorities, sexualities, etc., with many now bringing in wider forms of injustice caused by anthropogenic reasons, such as climate change, and even emerging forms of animal injustice. Critical theory is another area that helps solve these issues, because, as Sanbonmatsu explains,

To simplify, Sanbonmatsu is laying out the argument that in any existing society, or social order, there are pre-existing biases against different groups. He claims that these biases are built into, and thus naturalized in, the formation of laws, social structures, and hierarchies over long stretches of time, resulting in catchall forms of subverted (hidden) injustices, and biased forms of exploitation. This results, he argues, in a ‘distortion of the real’, meaning that the world as it is currently, is not what it ought to be if the hidden injustices were removed. It is often difficult to see these injustices without a critical lens, as we have become conditioned to the way they are so deeply rooted in our way of thinking, and in the world around us, so critical theory helps to uncover them and allows us to reimagine in new and different ways a world free from these deep-seated injustices.

Where intersectionality plays a part in critical theory is demonstrating a multitude of different exploitation angles taken by those who seek to ‘other’ groups of people, whether that be in a social, economic, or racialised context, all the while intersectionality helps to draw out the Venn diagram that each of these angles’ overlaps produces with one another.

Beyond the other critical theories such as Critical Race, Queer, and Environmental Studies, Critical Animal Theory/Study (CAS) falls in a very interesting niche that finds itself tracking further back in Eurocentric thinking than many other fields of critical study. Sanbonmatsu categorises CAS as a field that not only critiques ‘one aspect of the existing order, but the entirety of human history and culture’ (ibid). He continues, stating:

Where two critical theories collide, such as Critical Race and Critical Animal Studies, we see a perceivably unsurpassable chasm as to where these two might meet. Critical Race Theory, from the perspective of cultural anthropology, seeks to eradicate the ‘otherness’ embedded by many influential ‘white patriarchal hegemonic lenses through which minorities have been represented’ (Boisseron, 2018:xii), chiefly those thinkers in 18th and 19th century philosophical and political literature, that put many racialised groups below ‘human’ consideration, and barely above animality.

A claim that many Critical Animal theorists make, is that many forms of exploitation and presumed forms of dominion/ownership of other living beings, arise from the preconceived notion of truth that non-human animals – and often by extension the natural world – can be owned and exploited as we see fit. When contrasted with the historical understanding of blackness from a Eurocentric perspective, we can identify that due to the classification of blackness being ‘less-than-human’, there was a pre-conceived ability to enslave, exploit and own human beings.

To help break this idea down, when thinking about animality we might think about what it means that sets us apart from animals, and what categories separate us from them. These categories must be distinguishable enough for us to arrive at what it means to be human. This could be, for example, a set of criteria that can be checked against to ask what it means to be considered worthy of a collection of inherent ‘human’ features, with the questions, asked extending from fairly conservative values. For example, we might assign a biological quota that ‘a human must have two arms, two legs, two feet, a nose’ etc. Perhaps it could be something more neurological like ‘a human must be rational’ or ‘a human must have a form of consciousness. Whatever the quota we are building into our idea of human thought, it would likely not be a human that has eight eyes and legs, and can spin a web, as we would probably agree at that point; we are describing something which we wouldn’t classify as human, meaning by default, that it is other-than-human.

Many would agree that this checklist strategy works quite well in distinguishing different categories of species, allowing for the communication of ideas to help us understand each other. However, when we think about less biological factors that set us apart from the animal world, and instead to many sociological and economic ideas that prevent others from joining the pinnacle ‘human’ category, we start to encounter many early forms of rhetoric that would later become the basis for the racialisation in Europe. The emerging speciesist arguments of human-exceptionalism—found in many examples of Descartes, Bacon, Locke, Hobbes, etc—helped naturalise and solidify connotations between animality and barbarism in African slaves.

As the economic power of Capitalism grew stronger, and the need for cheaper forms of labour persisted, the political economy drew on the African continent to enslave and exploit more and more labour to satisfy its needs. Analysing Du Bois’ work around race, Bobo claims Du Bois’ recognition of race to be ‘the fusing of capitalism, colonialism, and ethnoracial distinction and hierarchy’ (Bobo, 2015:225). In this, we recognise that an intersection of factors created a barrier to entry to the otherness of blackness through history, and into modernity. As Bobo explains,

Racism for Du Bois, Bobo claims, is not purely a form of othering through the biological classification of the pigmentation of skin. It is a deep-seated form of discrimination that allows and encourages pervasive forms of exploitation. Boisseron’s comments now reveal that the othering of animality was thus not only the proponent for such thinking but as he claims, ‘looking at connections between racism and speciesism reveals the inextricable entanglement of the black and the animal’ (Boisseron, 2018:xix).

When linking animal exploitation to slavery or vice versa, people are often (as Boisseron highlights) pulled up due to their seemingly insensitive comments. But as Boisseron explains:

The comparison drawn in the intersectionality between race and animality is not an attempt to lessen or weaken the other’s position with respect to their message of historical dominion or exploitation. It is instead – with the aid of critical theory – meant to draw deep and meaningful comparisons between their histories, and address the barriers to entry to being considered worthy of equity in a society that still views both as less-than-human in many ways. The systems highlighted by Bobo, including capitalism, colonialism, distinction, and hierarchy, have all played important roles in both the history of animal and racial exploitation, and dominion, but what we must do now is continue to unpick these intersections, highlight injustice, and compare notes between the lived and historical experiences of oppressed and exploited peoples, both from human and non-human perspectives.

These are but two examples of intersections that can be cross-examined. There are, however, many other fields to choose from such as eco-feminism, eco-ability (ableism and disability), social classifications, etc. that will bring much-needed critique of the current systems of exploitation to the table to be discussed by a wider group of people. We must continue to highlight these injustices and root out oppression in all its forms.

'DRAMATIC RESCUE: Vets took swift action to rescue a mother elephant and her calf that fell in a drain in Thailand. Rescuers had to perform CPR on the mother to save her life, but she ended up walking away with her baby.' ❤️🐘🐘 ... See MoreSee Less

Two lives saved 🙌. Amazing rescue. Thank you to all the people involved.

Praise God. Thank you all for saving Mom n Baby.