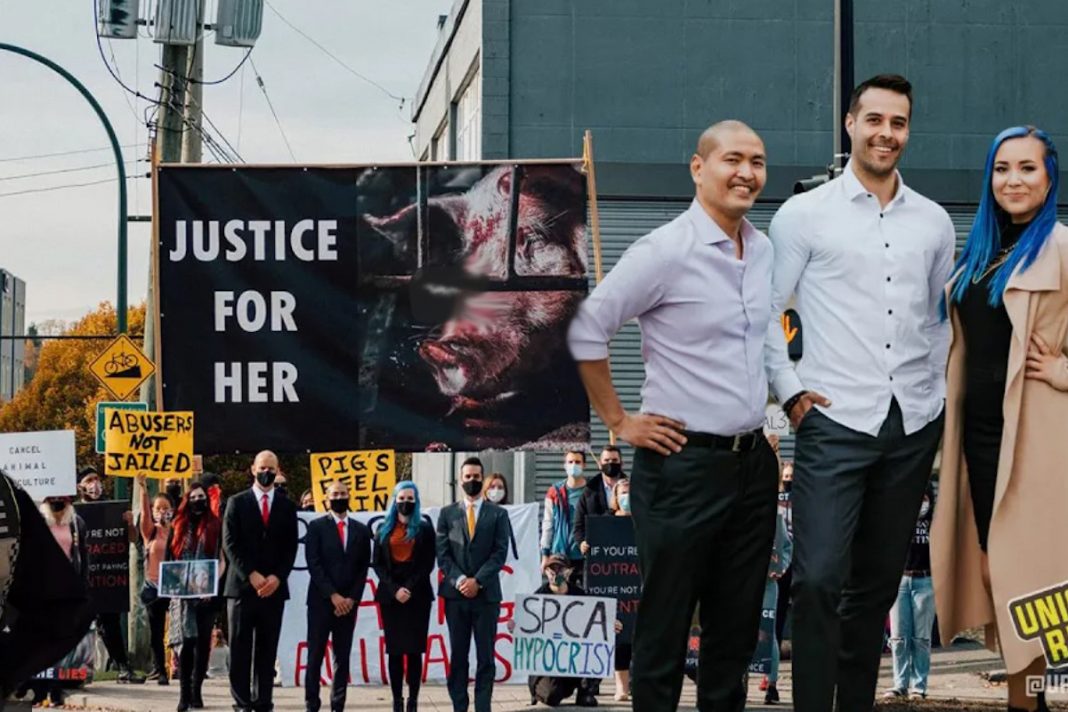 On 9th July 2022, Amy Soranno and Nick Schafer, two Canadian animal rights activists, have been found guilty of break-and-enter and mischief in connection with their 2019 exposé of Excelsior hog farm, at Fraser Valley, British Colombia. They face a sentence of up to 10 years in prison. A third activist, Roy Sasano, was acquitted on a single mischief charge. Charges against a fourth activist, Geoff Regier, were dropped at a pre-trial.

In the spring of 2019, video footage taken from inside Excelsior Hog Farm showed crowded pens full of thousands of pigs suffering from hernias, bloody lacerations, and golf-ball-sized growths. Dead pigs were found rotting in pens with other live pigs who were eating their dead bodies, and others had been thrown into garbage bins. The animal rights group PETA released the video obtained on the farm by the activists.

On 28th April 2019, the four activists that had obtained the footage, together with nearly 200 other activists, conducted a ‘Meat the Victims’ action in the Excelsior Hog Farm. Approximately 130 activists staged a protest outside of the farm property, while 65 others occupied the farm and live-streamed what they saw. As a result, Soranno, Schafer, and Sasano were arrested at this event.

Outside the court building in Abbotsford Schafer said, “The verdict is unfortunate but I am grateful that a vast amount of people have got to see what happens in farms like Excelsior.”  The sentencing hearing has been set for 26th August 2022.  A petition has been set up demanding that the BCSPCA proceed to recommend criminal animal cruelty charges against Excelsior Hog Farm in Abbotsford, BC. If anyone working at the farm ends up being charged with animal cruelty, this case would be remembered as one of the few cases where people who gathered evidence of criminal activity with a non-violent action were convicted after having done so.