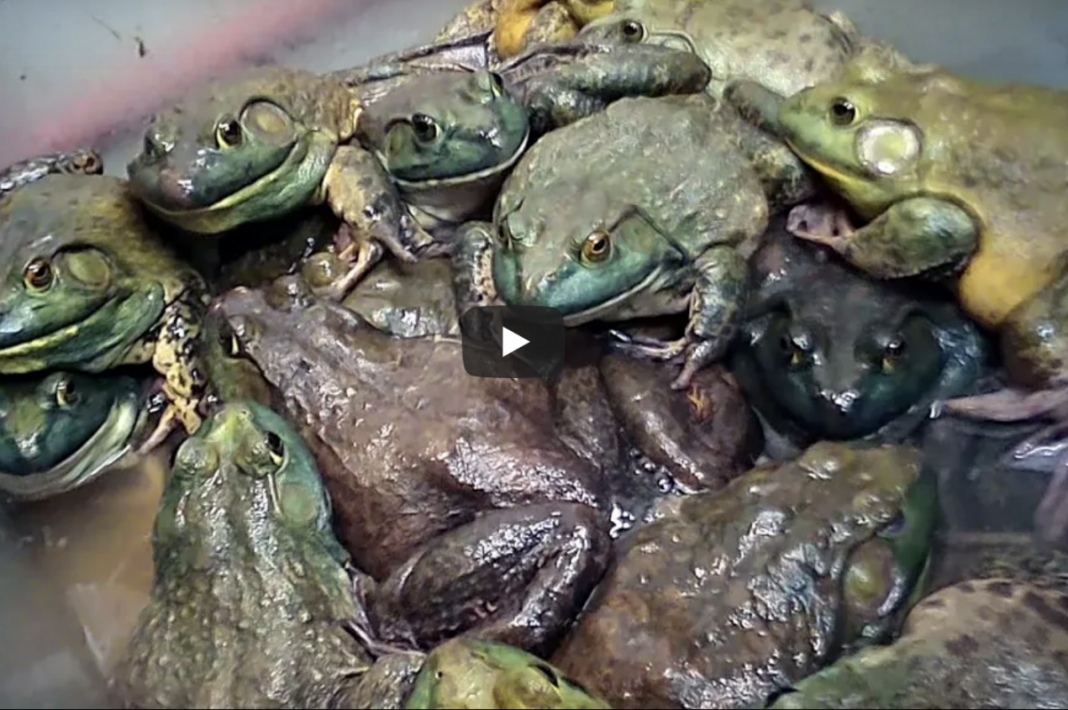 An undercover investigation into 18 live markets in San Francisco, San Jose and Oakland has revealed horrific animal cruelty occurring in residential neighborhoods, as children walk past on their way to school. Animal Outlook investigators gathered photos and video evidence of multiple distressing cruelty and abuse cases during their visits. Among them included:

•A live turtle having their head chopped off with a butcher’s knife in front of other animals.

•Fish being bludgeoned before being dismembered and being hit multiple times with a club or the flat side of a knife if still moving.

•Frogs are kept in a tub with either no water or a small amount of dirty water, and soft shell turtles in tubs with no water.

•Fish left to suffocate out of water.

•Animals, once purchased, are put into plastic bags while still alive, prolonging their suffering.

Happening in plain sight Contrary to popular opinion, live markets are not all hidden away in rural areas, away from humans but in cities, near apartment buildings and shops. Not only are markets like these hotbeds for animal cruelty, but they also put animals of different species in close proximity with each other and to humans, becoming breeding grounds for zoonotic diseases. Live markets in the US have been implicated in at least five outbreaks of bird flu alone.

Local residents have been dismayed at the cruelty occurring in their neighbourhoods and footage has been submitted to local enforcement agencies, who are looking into the matter. ‘Research has shown that fish and other aquatic animals have the capacity to suffer, whether it’s in massive industrial tanks, in the ocean, or in tanks at urban markets like these’, Animal Outlook representatives stated. ‘We’re calling for stricter enforcement of anti-cruelty laws and to hold companies who provide these animals to local government enforcement agencies responsible’.