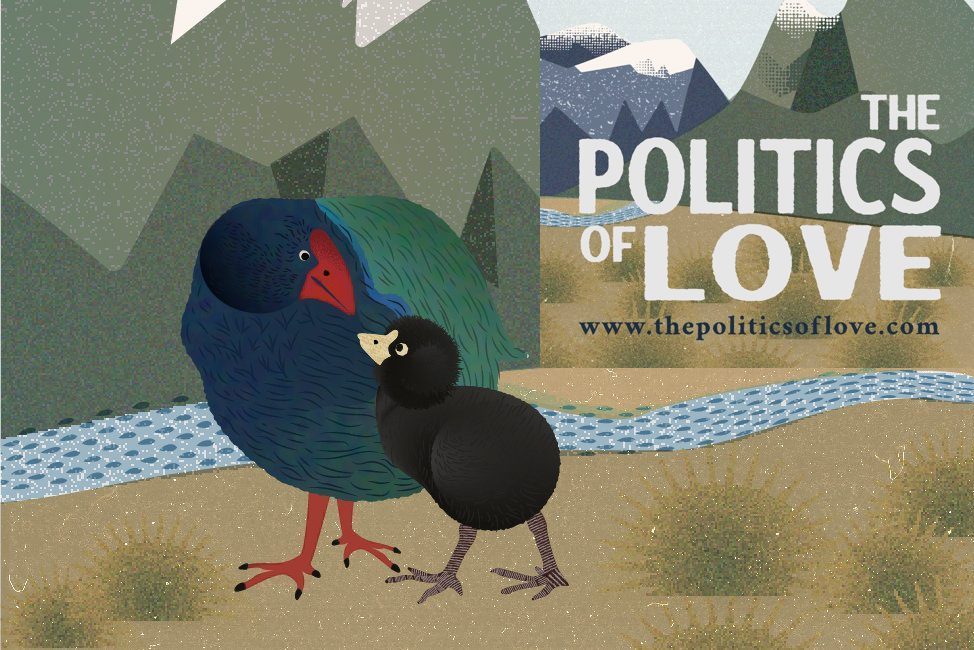 This article was first published in Aotearoa Vegan and Plant-Based Living.

I’m a writer, and whenever I mention this in conversation, the next question – the one that follows, ‘So, what do you do, Philip?’ – is usually, ‘Oh! What do you write?’

I write all sorts of things -poetry, short stories, articles, essays… I’m even working on a play! But sometimes I’ll explain that most of the writing I’ve done recently has involved the Politics of Love, a vision of politics that affirms love and emphasises loving values, such as compassion, responsibility, and trust.

Very often, the person I’m talking with will assume they know precisely what I’m talking about. They immediately begin to imagine a world where everyone is kind to each other, and issues like discrimination, homelessness, and poverty fade away…

While it’s true that the Politics of Love is concerned with such issues, something most people don’t seem to think about when I mention my work is non-human animals.

Maybe it’s because when they hear the word ‘love’, they think about their relationships with other humans – their partners, their family, their friends… Or perhaps that’s how most people understand politics: as an exclusively human endeavour, by us, and for us.

Indeed, many people seem to imagine the Politics of Love as a form of humanism – an approach that focuses on people, rather than on God or religion, or on capitalist ends like profit and consumption. But the Politics of Love is not a humanism. It’s a vision of politics that centres all of us, including non-human animals, and the natural environment.

To love is, in part, to recognise the importance of others, whoever those others are. When we recognise that other animals are important – when we understand that they, too, deserve love – it becomes clear that exploiting them is wrong.

As Alice Walker writes in her preface to Marjorie Spiegel’s book, The Dreaded Comparison, ‘The animals of the world exist for their own reasons. They were not made for humans any more than black people were made for whites or women for men.’

When we don’t need to use non-humans for food, clothing, research, and sports – and most of the time, we don’t – using them is immoral. This is why the Politics of Love leads us to veganism: because veganism is an expression of love for other animals.

Of course, I’m not the only thinker advocating for loving politics. In the United States of America, especially, a number of political figures have called for love (including some who I deeply admire, like congresswomen Alexandria Ocasio-Cortez and Cori Bush). Unfortunately, however, none of those leaders is vegan.

In my view, a politics that ignores non-humans – regardless of how much it does for us as humans – cannot properly be described as ‘loving’.

Now, I don’t mean to suggest that non-vegans are unloving. I believe most people, vegan or not, try to be loving, and all of us succeed in some areas of our lives. But when we ask what love entails, and when we listen for the answer, it becomes clear that it must extend to other animals, too.

In her book Feminism is for Everybody, bell hooks writes, ‘there can be no love when there is domination.’ Just as love is never truly present in abusive human relationships, neither can it tolerate our oppression of non-human animals. Instead, love requires us to treat them with care, respect, and understanding.

Love is about how we relate -not only to other people, but to ourselves, to other animals, and to the planet we share. We are all already interconnected; the Politics of Love encourages us to infuse these relationships with love. Just as our relationships with other humans should be loving, our politics must work for non-humans, too.

However, there is more to love than veganism. Some vegans behave as if avoiding animal products is all that morality requires of us. But we must ensure our actions, policies, and institutions express love for humans, too, regardless of age, ability, gender, ethnicity, and sexual orientation; and our love must embrace the many dimensions of our natural environment: its ecosystems, the atmosphere, and this planet itself…

The Politics of Love imagines a better world.

Support Philip McKibbin in sharing the Politics of Love.

Philip is currently raising funds to deliver talks on the Politics of Love.

To find out more, and to make a donation to support him in his mission, 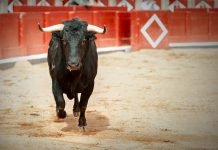 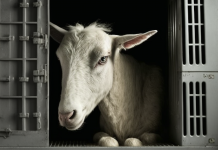 Back up the Plane! On the Export of Live Goats to China