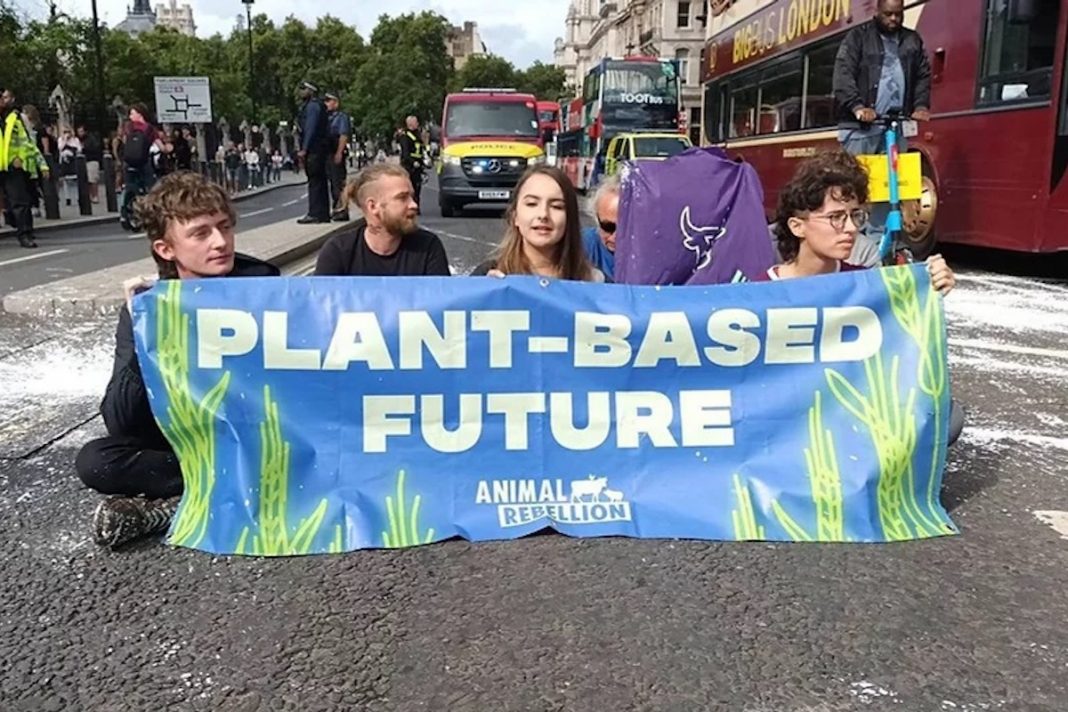 Activists from the UK grassroots organisation Animal Rebellion have begun a protest campaign to disrupt the UK’s dairy industry demanding the government to support a transition to a “plant-based food system” and rewild land used for animal pasture.

In a statement, the group said at the beginning of September 2022, “We have spent months trying all the proper channels to engage with the government on the scientific consensus to transition to a plant-based future, but they have chosen to ignore us… We have been left with no choice but to step into civil resistance to pressure government action to preserve our futures. We are announcing our intentions in advance so the British public [can] prepare for a disruption to the milk supply this September. We apologise for any stress this may cause during a cost of living crisis, but the government are sleepwalking every single one of us into poverty, misery, and climate and ecological collapse. We cannot sit by and let this happen.”

This year Animal Rebellion activists have disrupted the trooping the colour ceremony at the Queen’s platinum jubilee celebrations, invaded the track at the Epsom Derby horse race, and emptied milk bottles onto the floor in the food hall at Harrods department store in London. In the last few weeks, they have caused disruption to several dairy distribution facilities, including glueing themselves to a Müller dairy facility in Droitwich, Worcestershire, and damaging milk trucks. They also blocked access to milk at supermarkets in four cities and sprayed white paint outside Westminster Palace where the UK Parliament sits. The group paused its protests in response to the death of Queen Elisabeth II. The police arrested several activists for these activities, and some may be facing prosecution in the next few months.