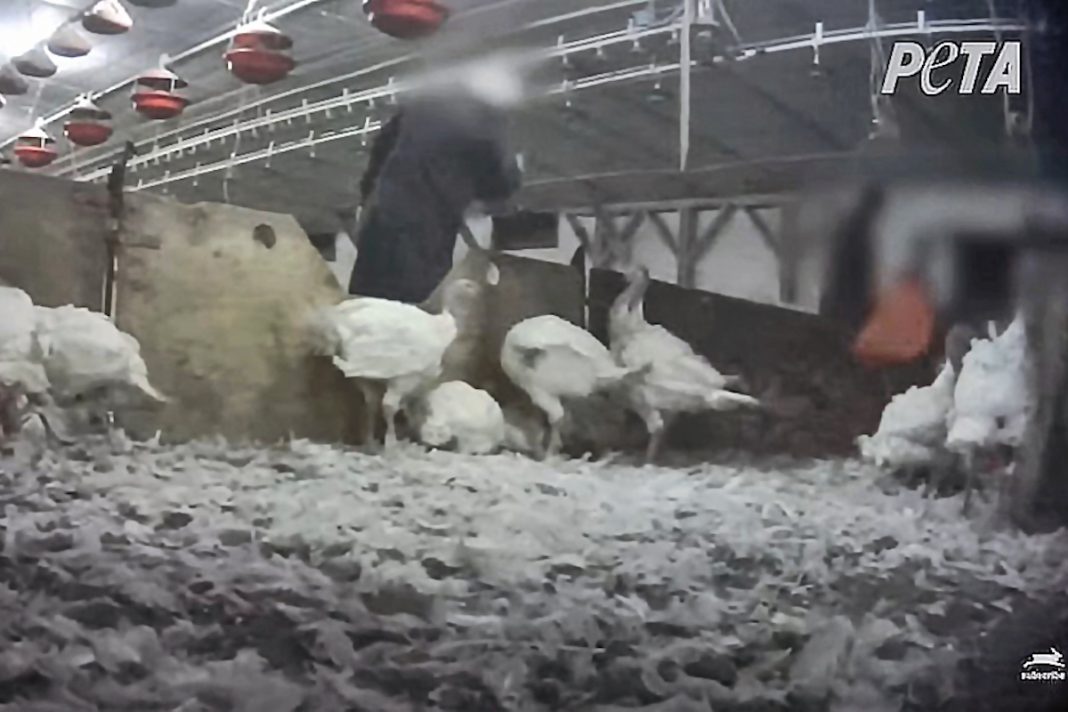 Eleven people working for Plainville Farms, a leading turkey producer in Pennsylvania, US, have been charged with a total of 139 animal cruelty charges after a video showing them kicking, stomping, and beating turkeys at several farms was released by the animal rights organisation PETA. The police said the mistreatment took place at farms in Chester, Cumberland, Franklin, Fulton, Perry and Union counties. The charges include six felony counts of aggravated cruelty to animals and 76 misdemeanour counts of animal cruelty. The company’s products made from 90 million pounds of turkey flesh from slaughtered birds every year are sold at supermarket chains including Publix and Wegmans.

The PETA investigator worked on a Plainville Farms crew for about three weeks and recorded the evidence of animal abuse. Dan Paden, PETA vice president, said, “Every night, at every farm the crews worked at, these men threw turkeys, viciously kicked and stomped on them, and killed them in the most rampant, top-to-bottom display of cruelty to farmed animals we’ve ever seen.”

Ironically, Plainville continues to advertise its turkeys as “humanely raised” even after the company was suspended from an animal welfare labelling program run by Global Animal Partnership, which said that it took swift action to suspend Plainville from the certification program in the wake of the PETA investigation. PETA has written to the Federal Trade Commission asking to prohibit Plainville from “using false or misleading claims in advertising its turkey products.” However, trying to deceive consumers about the way farms treat the animals they exploit is something intrinsic in the animal agriculture industry as without this deception government subsidies may not be enough to keep them profitable anymore — now that there is a growing vegan community informing the public about the suffering of farm animals all over the world.