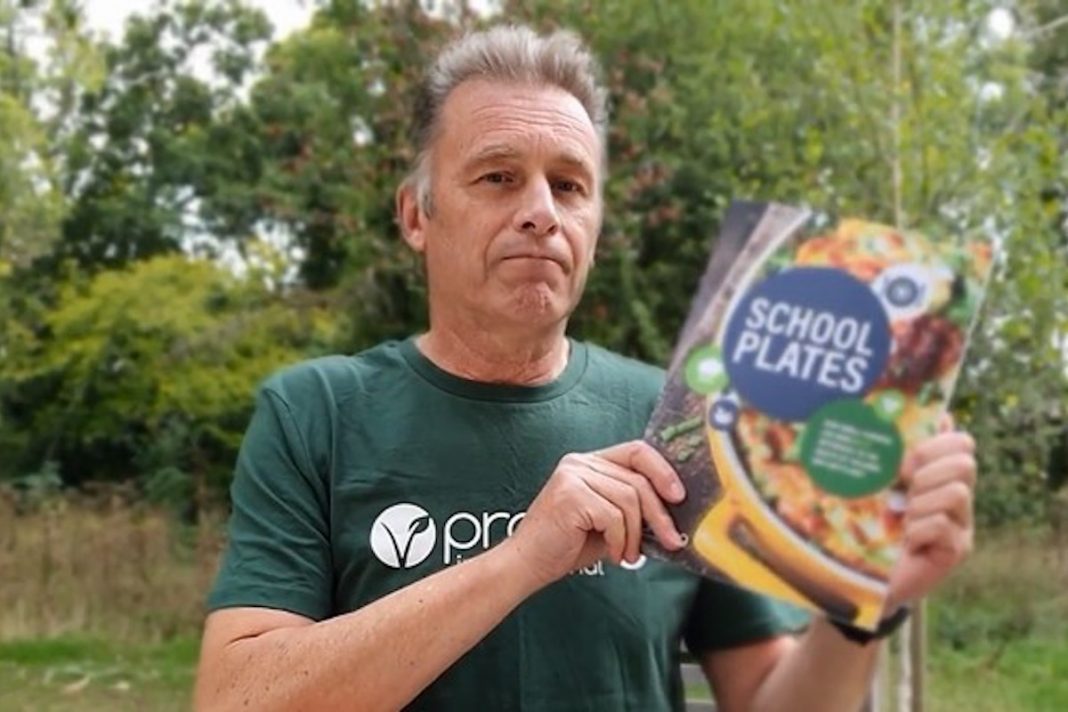 Chris Packham, the British TV presenter and nature expert, is backing a campaign urging UK schools to serve vegan meals. The organisation ProVeg, which campaigns for food system change, set up the “School Plates” programme in 2018, and now Packham, who is vegan and a strong anti-hunting campaigner, has shown support for it.

In an Instagram post from 11th of October 2022, the presenter wrote, “I’ve teamed up with the fantastic @proveg.uk to help get more plant based meals into schools. Pro Veg work with local authorities, schools and caterers to provide training and recipes for delicious veg based meals.”  He also said to Yorkshire Post, “[School Plates] is a great initiative — it’s all about getting young people in schools to explore a more plant-based diet, because, we’ve got to be honest here — in order for us to hope for a healthier, happier, more sustainable future, we need to make some changes. One of the things that we can do relatively easily here in the UK is change what we eat.”

Last year, Packham, well-known in the UK for his very popular nature BBC series Springwatch, Autumnwatch and Winterwatch, became the victim of a serious arson attack at his home as part of a harassment and intimidation campaign perpetrated by those who opposed his animal protection advocacy — mostly the hunting and shooting fraternities

ProVeg is currently working with more than 3,500 schools across the UK, feeding 588,000 children every day. In 2022, more than 70,000 people signed a Pro Veg petition urging the EU to serve calcium-fortified dairy-free milk in schools.

Studies have repeatedly shown how animal agriculture is one of the leading causes of climate change, deforestation, habitat destruction and species extinction. Replacing animal agriculture with plant-based agriculture is imperative, and the best way to do that is by people becoming vegan and encouraging institutions and companies to do the same. Getting schools to serve plant-based meals is just a tiny step toward building the vegan world, but if they do not even do that how can we expect to have any progress in other areas?