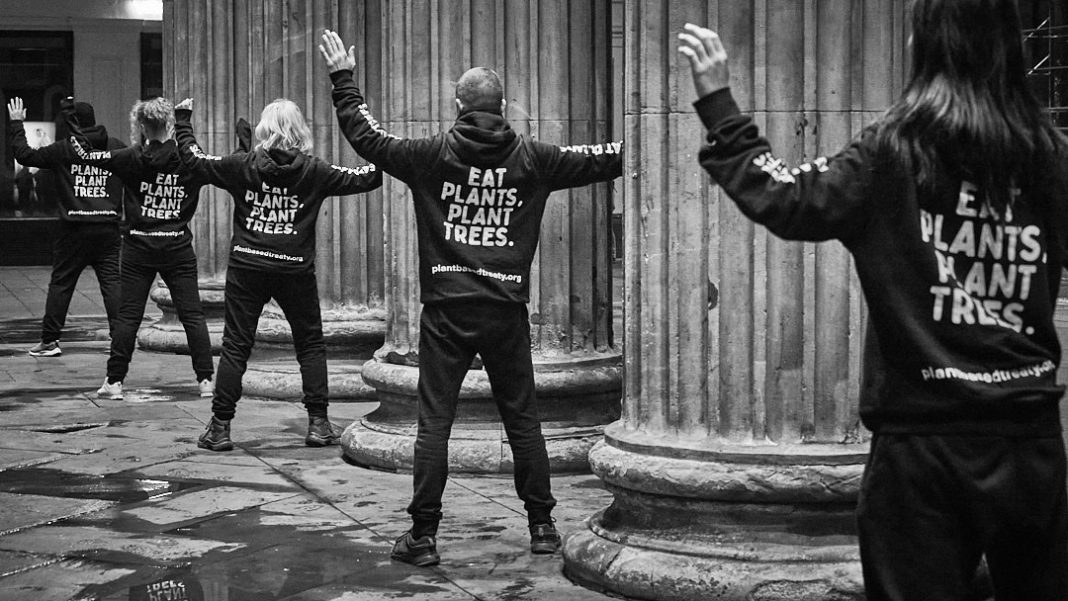 The City of Edinburgh Council has endorsed the Plant Based Treaty, becoming the first Scottish city and first capital in Europe to join the initiative to tackle food-related emissions from animal agriculture and attributed deforestation, a key driver of the climate emergency. The proposed treaty is backed by 20 municipal governments worldwide, including Los Angeles and Haywards Heath.

Green Councillor Steve Burgess, first introduced the Plant Based Treaty to a Full Council Meeting in March 2022, where councillors unanimously voted to create an impact assessment on the implications of endorsing the Plant Based Treaty. Burgess said: “Edinburgh council itself now also has a fantastic opportunity to encourage far more plant-based eating and I look forward to the forthcoming council report on how we can do that. By declaring our endorsement, we are acknowledging that food systems are a main driver of the climate emergency and that a shift towards plant-based diets can go a huge way in reducing greenhouse gas emissions. Plant-rich diets are also a ‘win-win-win’ for society: they have a lower environmental impact, significant health benefits, and reduce animal welfare impacts.”

Following the publication of the impact assessment report on Friday, 13th January 2023, it was presented at the Policy and Sustainability Committee on Tuesday, 17th January.

The report acknowledges “diets high in plant protein and low in meat and dairy make for lower greenhouse gas emissions, and that consequently, shifting consumption towards plant-based diets has a major mitigation potential,” and states, “Overall, the science is clear, meat and dairy consumption must reduce to achieve climate targets.”

The Green Group tabled a number of amendments to the report during the committee meeting including:

The amendment passed with 12 votes to 5 with support from the Greens, Labour and Scottish National Party.

Burgess said, “Green councillors very much welcome the decision by Edinburgh council to endorse the Plant Based Treaty as we proposed. Edinburgh council’s leader will now be writing to the First Minister of Scotland to encourage the Scottish Government to also express support for a Plant-Based Treaty to be negotiated at a global level.”

Nicola Harris, communications director at Plant Based Treaty said, “Edinburgh has lived up to its reputation as a global climate leader by acknowledging the critical need to reduce greenhouse gas emissions from the food system to achieve our climate targets. Promoting plant-based food across Edinburgh will help residents make informed choices that are better for the planet, personal health and animal protection.”

Climate campaigners are calling on other towns and cities to follow Edinburgh’s lead and help create a national council-led movement calling for a shift towards healthier, more sustainable plant-based diets.

Harris said, “Everyone can join the movement by asking their local councillors to support the Plant Based Treaty and put forward a motion for their town, city or county to endorse. By developing plant-based food strategies to address consumption-based greenhouse gas emissions we can make great inroads in delivering the emissions cuts needed this decade to avoid catastrophic climate breakdown.”

More than 240 councillors from almost 60 towns and cities in the UK have individually signed the Plant Based Treaty from parties including Conservatives, Green Party, Labour, and Liberal Democrats.

20MPs from the UK Parliament signed Early Day Motion 434, including the Scottish National Party’s Dr Lisa Cameron, Chris Stephens and David Linden. The motion welcomes the Plant Based Treaty and calls for the UK to be a “world leader in recognising the negative impact of industrial animal agriculture on climate change and commit to developing a global strategy to transition towards more sustainable plant-based food systems.”

The Plant Based Treaty is modelled on the Fossil Fuel Non-Proliferation Treaty which Edinburgh endorsed in March 2022 and inspired by treaties that have addressed the threats of ozone layer depletion and nuclear weapons. Since its launch in August 2021, the initiative has received support from 70,000 individual endorsers, 5 Nobel laureates, IPCC scientists, more than 1000 NGOs and community groups and 1000 businesses, including Vegan FTA, Ecotricity, Linda McCartney Foods, Oceanic Preservation Society, Environmental Alliance Project, VIVA!, BOSH!, Animal Rebellion, and chapters of Greenpeace, Friends of the Earth and Extinction Rebellion.

For more information and to sign the Treaty, visit www.plantbasedtreaty.org