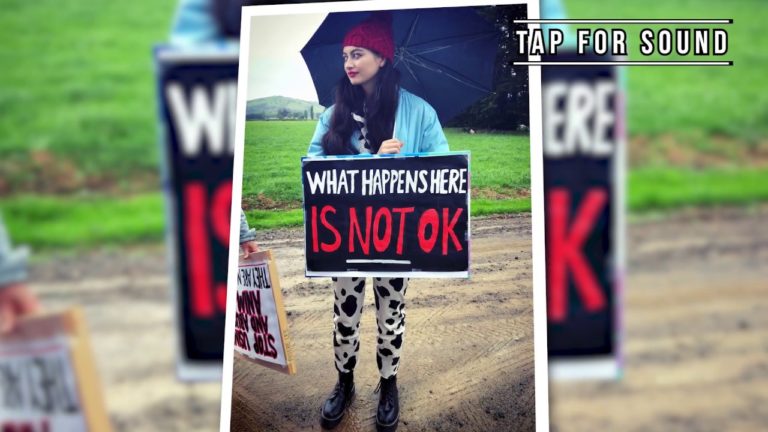 ‘On Sunday 10th November, at 14 dairy farms all across New Zealand, Fonterra presented the public with an opportunity to scrutinise the dairy industry, in a campaign they call ‘Open Gates’.

The object of these open days is an attempt to restore crumbling public support for the dairy industry.

Animal Rights and Environmental activists however, conducted protests at 12 of these farms to draw attention to the dark side of the dairy industry. They are calling for a rapid and urgent transition from all forms of animal agriculture, (and commercial fishing), to cropping and horticulture, for reasons of respect for animals and environmental protection.