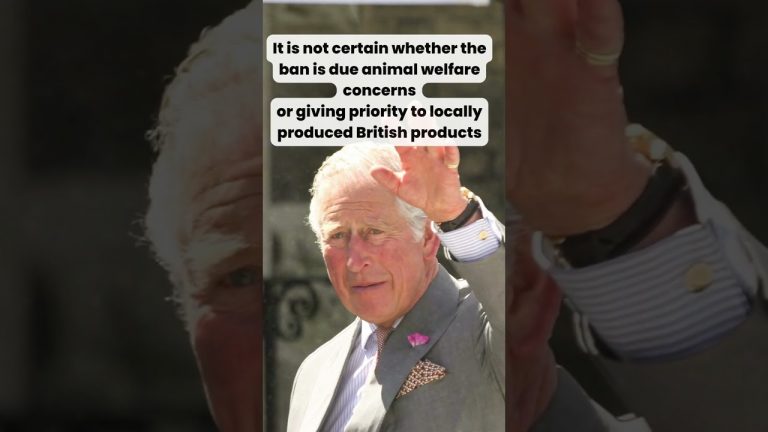 A letter from Buckingham Palace to the animal rights organisation @peta has confirmed that there will no longer be any foie gras served in any of the British royal family residences. ⁠
⁠
King Charles III, when he was Prince of Wales, often spoke in favour of conservation and the environment, but this was not extended to animal welfare as he used to go foxhunting, pheasant shooting, fishing, and riding horses, and he has never publicly spoken in favour of veganism.⁠
⁠
He also spoke often about giving priority to locally produce British products. As all foie gras traded in the UK is imported as it is illegal to produce it in the country, it is not certain whether the ban on serving this product in royal residents has to do more with this, rather than with any concerns for animal welfare.⁠ 🌱🇬🇧
⁠
👉 Read more: https://veganfta.com/2022/11/29/foie-gras-will-not-be-served-in-british-royal-residences
⁠
#kingcharles #britishroyals #veganism #animalwelfare #vegan #veganfta