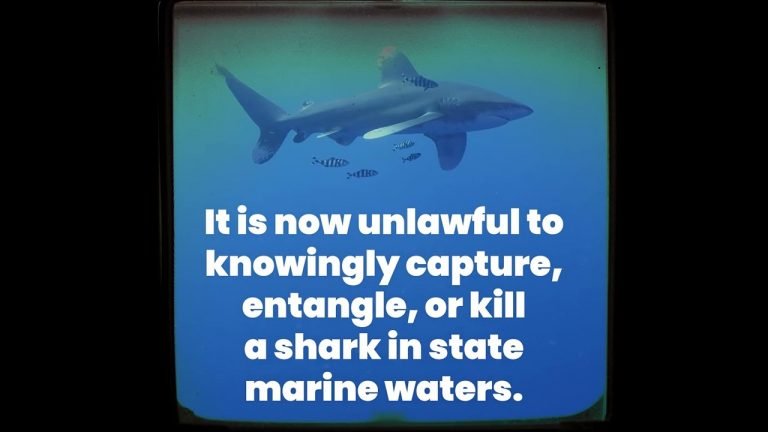 Shark fishing has become illegal in Hawaii, the first US state that has protected this important marine animal with a robust ban. It is now unlawful to knowingly capture, entangle, or kill a shark in state marine waters. The Act 51 (House Bill 553) was passed last year and has entered into force from 1st January 2022.
Subscribe to our channel: http://bit.ly/2JkhLI0

Those breaking this new law will face a fine of $500 for a first offence, $2,000 for a second offence, and $10,000 for a third offence. Penalties could also include a forfeiture of any captured sharks, commercial marine licenses, vessels, and fishing equipment.

Brian Neilson, Division of Aquatic Resources Administrator of the Department of Land and Natural Resources (DLNR), said: “Our Department is well aware of how important sharks are to maintain healthy marine ecosystems and we recognize their importance for native Hawaiian cultural practices and beliefs.”

The new law does not apply to people with special activity permits issued by DLNR, shark fishing for public safety purposes as authorized or conducted by DLNR, sharks taken outside of state marine waters with required documentation, or sharks captured/entangled/killed for self-defence or the defence of another.

Shark finning, which is the catching of sharks, cutting off their fins (considered by some as culinary delicacies), and throwing the mutilated animal back into the water, is already prohibited at a federal level. But the sale of shark fins is still legal in most of the US (only banned in some states such as California, New Jersey, and Maryland). In April 2021, vegan New Jersey’s Senator Cory Booker introduced the yet to be passed Shark Fin Sales Elimination Act of 2021 to ban the import, export, possession, trade, and distribution of shark fins and products containing shark fins. Canada, which used to be the third-largest importer of shark fins outside of Asia, has banned the import and export of shark fins nationwide in 2019.