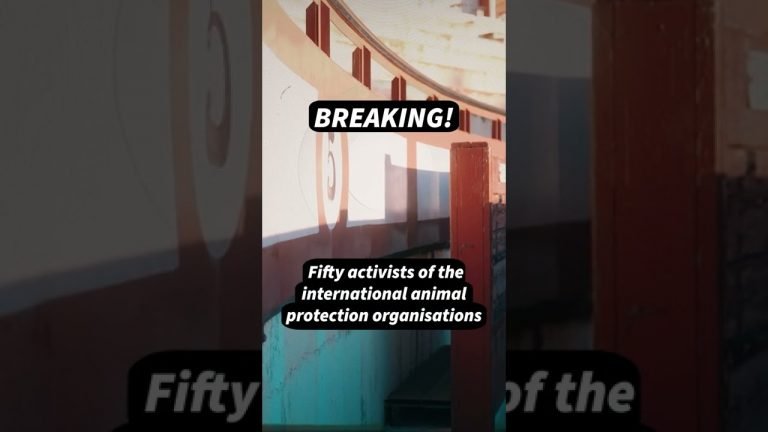 Ahead of the Falles festival in which highly realistic big paper monuments are paraded and then burnt, anti-bullfighting activists staged a colourful protest in Valencia, Spain, on 13th March 2022.

More than fifty activists of the international animal protection organisations AnimaNaturalis and CAS International gathered in the Plaza San Agustín to protest the bullfights that take place during the Falles. They raised large banners with the disjointed faces of bullfighters just before killing the bull, surrounding a woman dressed in the traditional Valencian clothes (fallera) as a symbol of the victims of bullfighting.