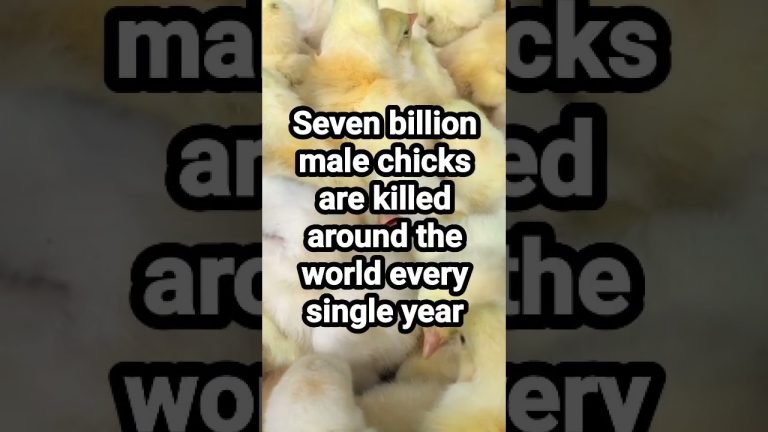 Did you know that in the egg industry seven billion male chicks are killed every single year? 💔🐥

Why? Male chicks born in the egg industry are not profitable, so are considered a waste product. Chickens have been selectively bred to produce abnormally high amounts of eggs, far more than their ancestors did. Unlike chickens raised for meat, chickens raised to mass produce eggs have not been bred to grow huge quickly, so the males are not profitable enough to raise for meat. ��So instead they are brutally killed within days of being born. The most common forms of slaughter include suffocation, electrocution, maceration, and gassing. 🤯

For people who think being vegetarian is enough, think again. 🌱

👉 For free help keeping animals in your heart and off your plate: https://bit.ly/VeganFTA22