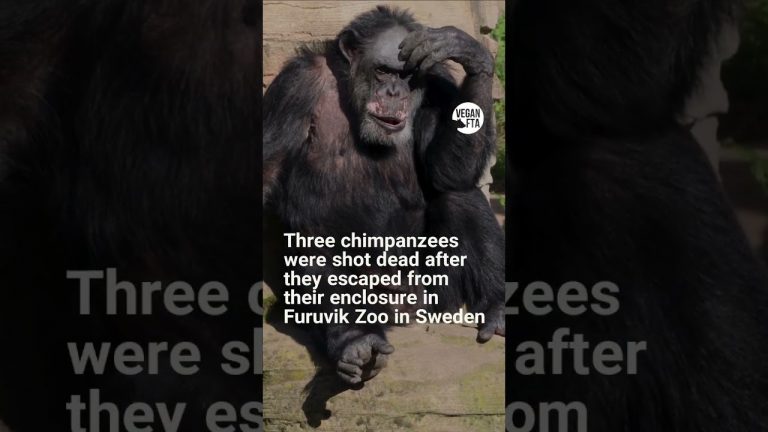 Three chimpanzees were shot dead after they escaped from their enclosure in Furuvik Zoo in Sweden, and tried to find freedom before being killed on Wednesday 14th December 2022. Four other chimpanzees also escaped, and one was injured after being shot. ⁠
⁠
Despite the zoo being closed for the season so members of the public were not present, the zoo decided to try to kill the apes because they concluded they could not recapture them alive. Annika Troselius, a press spokeswoman for the zoo, told the Expressen daily that the animals had to be killed because the zoo did not have enough tranquilisers for all of them.⁠
⁠
👉 Read more: https://veganfta.com/2022/12/20/several-chimps-shot-by-staff-after-trying-to-escape-from-a-swedish-zoo
⁠
#zoos #sweden #chimpanzee #chimps #animalliberation #animals #shorts #zoo #swedish #greatapes #apes #captivity #shortsvideo #shortsfeed #shortsyoutube #vegan ##animals #animalshorts