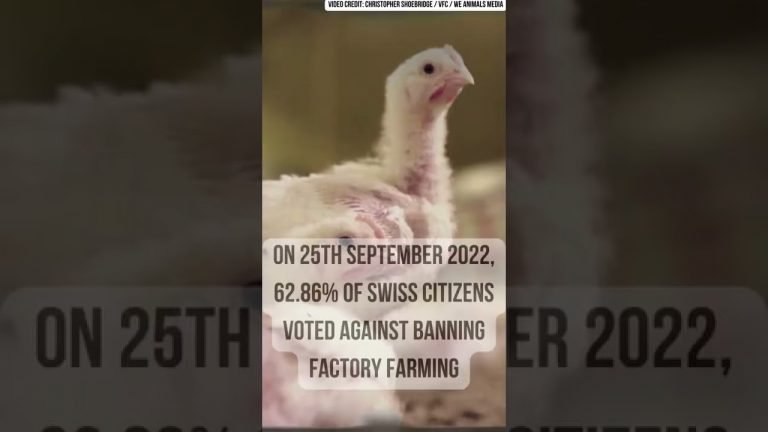 On 25th September 2022, Swiss citizens voted against banning factory farming in a poll where an addition to the federal constitution limiting the number of animals allowed on farms was proposed. The government’s VoteInfo App showed a provisional result of 62.86% of votes against the proposal, put to a referendum under the Swiss system of direct democracy. Canton Basel City was the only of the 26 regions to approve the idea.

This disappointing result suggests that, unless the percentage of vegans increases in a population (currently it is estimated that only 3% of Swiss citizens are vegans), it is unlikely that crucial policies pointing toward the final solution to today’s global crisis (the vegan world) are going to be passed at national level.💔🇨🇭