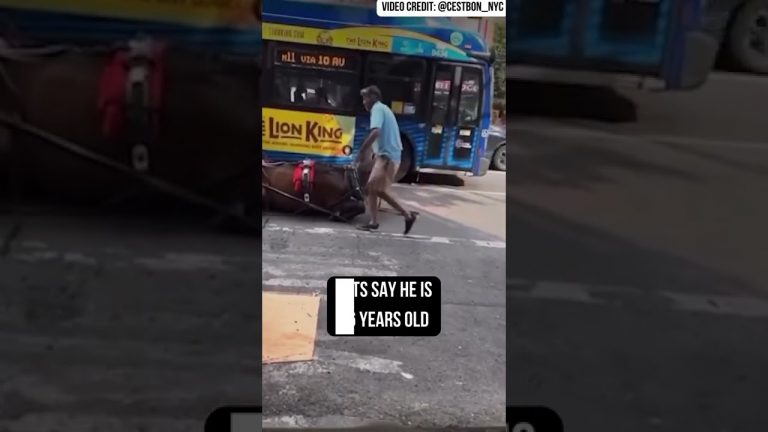 According to the vets who inspected him, Ryder, the NYC Carriage Horse who collapsed in midtown Manhattan in Hell’s Kitchen on 10th August 2022, is around 26 years old, too old to be licensed as a carriage horse in New York City. He laid on Ninth Avenue for over an hour — with no veterinary care — while his driver reportedly slapped him, whipped him, and screamed at him to get up.

There are 200 licensed carriage horses in NYC forced to work by 130 active drivers, but if a new bill by Queens City Councilmember Robert Holden is passed, it could make them switch to electric carriages, as has happened in other cities.