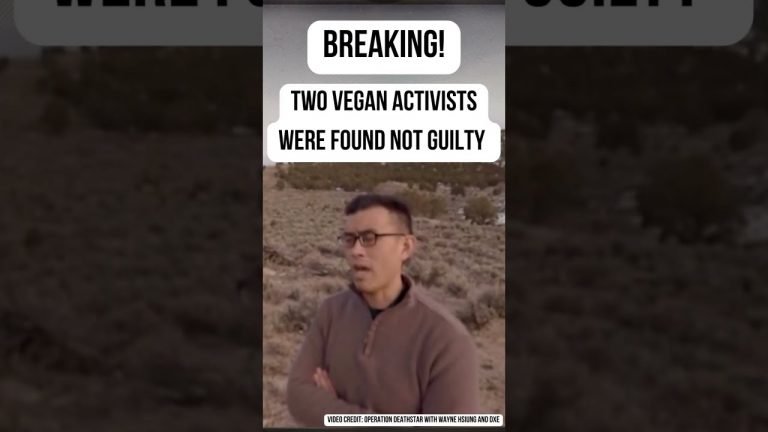 On Saturday 8th October 2022, Direct Action Everywhere activists Wayne Hansen Hsiung and Paul Darwin Picklesimer were found not guilty on all charges related to the taking of two sick piglets, Lilly and Lizzie, from Circle Four Farms in Milford, Beaver County, Utah, in March of 2017. They both had been charged with two counts of burglary, a third-degree felony, and one count of theft, a class B misdemeanour.

During the trial, 5th District Judge Jeffrey Wilcox judge dismissed one of the counts of burglary against each of them, and the jury found the accused not guilty on each of the other counts. Initially, five animal rights activists were charged, but three of the defendants reached plea deals before their trial began in St. George.🙌❤️🐷